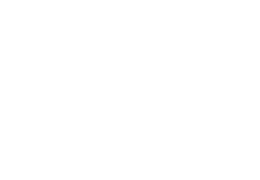 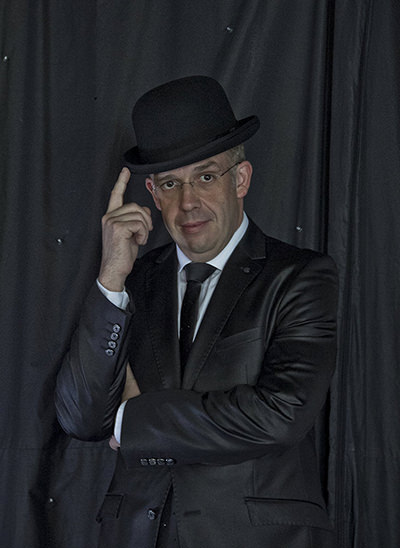 João Miguel Perneta Pires was born in São Pedro, Funchal, on November 16th, 1974. He is a pianist, singer, speaker, DJ and entertainment consultant.

In elementary school he already showed interest in music and performing arts. He was 9 years old when he first sang on stage, at a hotel, in a private party he attended with his Parents. He still says that was the moment he knew what he wanted to do in life.

At age 15 he won the first Madeira Youth Song Festival, with the song "Pitussina". At the same time he took piano lessons in EMLI and at the Music Conservatory of Madeira (currently called CEPAM).

After a brief stint at the University in Lisbon, he returned to Madeira, taking his first steps as a professional musician.

Between 1994 and 1996 he was the lead singer in the band Alta Tensão, with whom he played at many events and festivals in the Autonomous Region of Madeira. At that time he was also a radio DJ and announcer.

On November 1st, 1996 he began his career as a professional musician. He worked mainly in the hotel industry, performing with various musicians in several hotels. He played in hotels like Quinta Splendida, Roca Mar, Galo Mar, Baía Azul and Reid's Palace. In 1998 he joined the Pestana Group, having played solo at the Pestana Palms Hotel. After an invitation to play at the Copacabana Nightclub in Casino da Madeira, Miguel founded the Banda'Zinha with Quim Correia (bass guitar) and Zé Pereira (drums and backing vocals). The trio played in Copacabana Nightclub from December 1998 until June 2001.

In 2001 Miguel moved to the Crowne Plaza Hotel Madeira, where he played until 2005. During this period, the Miguel Pires Power Trio is born, with Ricardo Dias (bass guitar) and Zé Pereira (drums and backing vocals), formation that keeps unchanged to this day. This band has played in hotels, bars, casinos and popular festivals, in Madeira, in the Portuguese Mainland and in the UK.

In 2005, by invitation of the Pestana Group, he takes over the Entertainment Coordination of the hotels this group holds in Madeira, a position he held until August 2013. Between 2005 and 2010 he was also resident singer in Casino da Madeira. After a break of two years, he goes back to sing at the Casino. 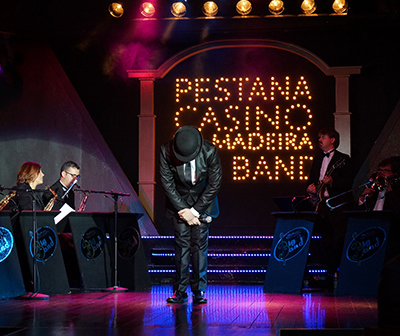 Throughout his professional career he was also the co-founder of the Pestana Big Band, singer of the B Flat Blues Band (which played the Funchal Jazz Festival in 2005), executive producer of several concerts, radio announcer and artistic programmer at the Scat Funchal Music Club . Recently, he also returned to the DJ booths, having worked at the Santa Maria Gin Club.

Currently, besides being a resident singer at Casino da Madeira, he plays with his trio in the Pestana Group Hotels in Madeira. He also performs as a solo pianist and as a singer. He sings with the Madeira Swing Orchestra and works as an Entertainment Consultant in Casino da Madeira.